​​​​​​​Red collared dove, cuckoo Belongs to the cuckoo family, has a smaller body size than the cuckoo Easy to identify with its red-gray-red body. There is a black border around the neck. They live in flocks, eating nuts, fruits, and grains. They nest on branches and leaves near open fields or grasslands to feed, they lay 2 eggs twice a year. 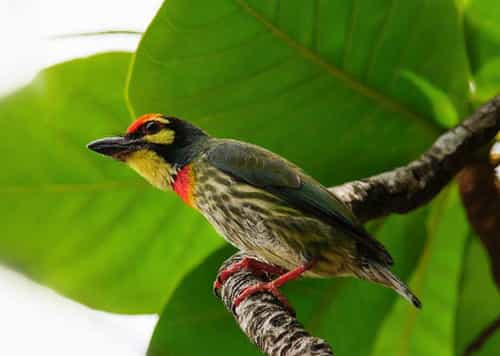